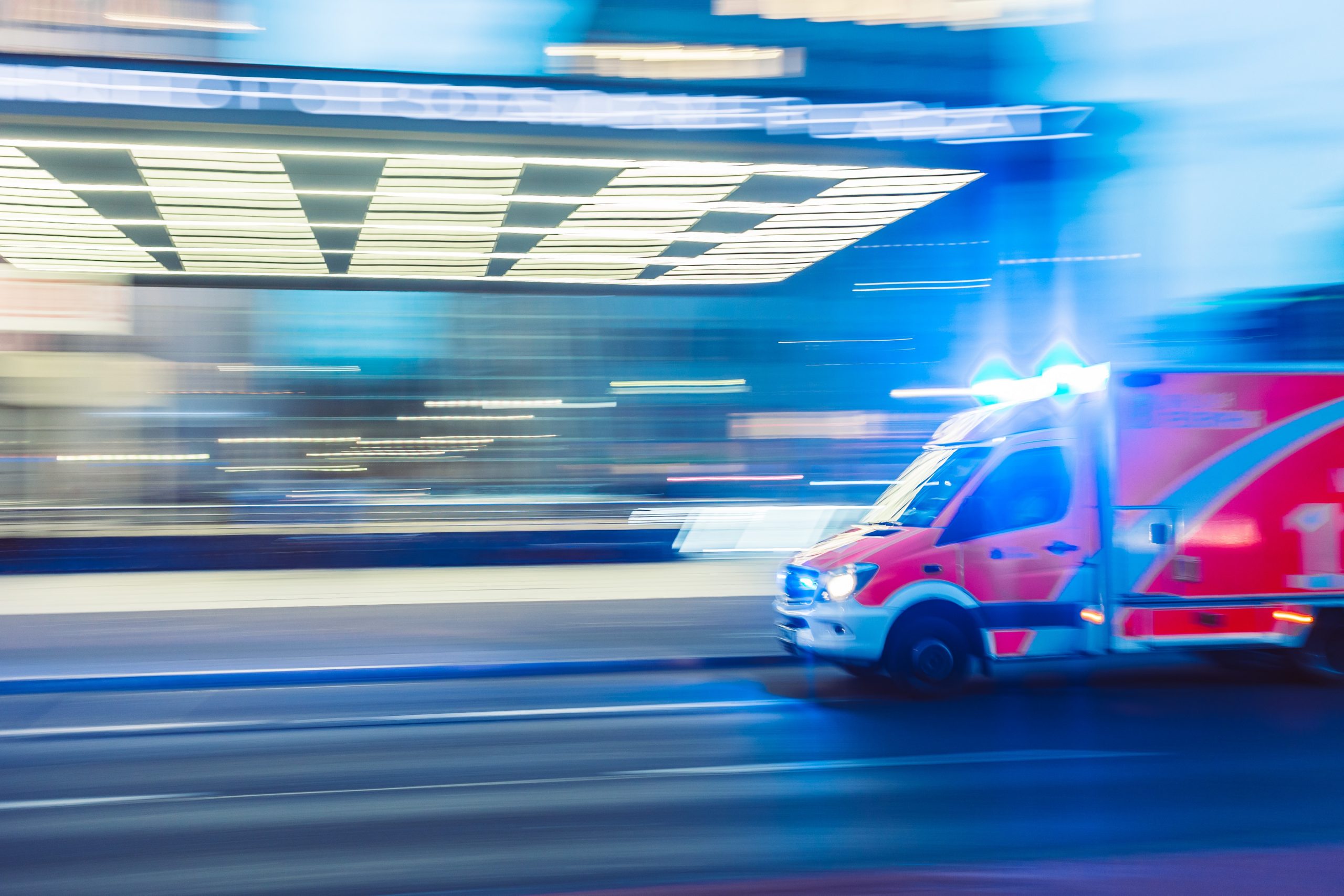 Canadian Health Care: Not all it’s cracked up to be

I don’t frequently write about my health conditions.

Even people who know me fairly well don’t necessarily know about the stuff I deal with on a daily basis. A while ago, I wrote a post explaining just some of the things I deal with. Some don’t affect me greatly: my hypothiroidism is well taken care of with medication, my asthma is fairly under control. But the chronic pain… that’s starting to get out of hand, and it’s begun to affect my quality of life. And it’s taken me several years to get any answers about my pain, because it’s nearly impossible to be looked at as a whole body, let alone a whole person when obtaining health care in Ontario (and more than likely, most of Canada). I still only have half-answers at best.

Canadian Health Care is not built for people with chronic pain

I’ve dealt with pain since I can remember. I don’t recall a time in my life when some body part didn’t hurt. As a child, I got injured frequently, fell over my own feet daily, and was told I was a “tractor” and made fun of for my clumsy ways. I grew up in Brazil in the 80s; it was a different time. Immediate concern for health issues wasn’t always there, and children often had no say in anything, including where it concerned their health. So we often stopped talking. And that’s saying a lot for this social butterfly.

I’m so thankful there’s more of an understanding about health conditions now, and I can help my son, whose body works much like mine did when I was a child. Thankfully, he hasn’t suffered many injuries, because we have been working with him to develop his motor skills: there’s information available now that we never knew about back when I was a kid. Looking at his diagnosis of Developmental Coordination Disorder and the resulting explanations of why motor skills are hard for him, I can’t help but see myself as a child in that diagnosis. But while my son was fortunate enough to get answers about his health early on, this doesn’t always happen.

My son was fortunate. We lucked out with a pediatrician who knows his conditions very well and who’s a kind doctor with excellent bedside manners. But this isn’t always the case with health care, and changing doctors is simply not an option, especially in small town Ontario.

While my son got his diagnoses fairly easily, the same is not the case for many, many people, especially if they have a chronic illness. If you have a rare chronic illness, you’re even further out of luck. And if you’re a woman with chronic illness, brace yourself: you’re just anxious, having panic attacks, or indigestion, and you can go home to relax and meditate (or possibly die). Our “free” health care system is costing people their quality of life, and sometimes, their life itself.

Free Health Care can be costly

Here in Canada, we like to take pride in our “free” health care system. It’s as much an establishment as an identity. The minute someone mentions “dual health care system,” images of terrible health care conjure themselves up in the minds of proud Canadians who haven’t seen friends literally die on waiting lists to see a specialist, or become paralyzed because of doctor incompetence when they didn’t have the luxury of a second opinion. Yes, these things happened to people I knew.

To give credit where credit is due, yes, we have some excellent health care practitioners, and yes, we have some state-of-the-art health care. But the key word here is “some.” When my father had cancer and then a stroke, he received excellent care and rehabilitation services. But as my stepmother says, the health care system here is great if you’re dying. If you’re chronically ill, good luck. If you need to see a specialist but you’re not dying (or you’re dying but no one noticed), good luck.

In my opinion, in addition to the obvious, which is not enough doctors, not enough nurses, and not enough specialists, there’s a deeper, more ingrained reason why chronically ill patients don’t get the care they need and deserve. It has to do with how Canadian health care professionals look at the whole person (or rather, how they don’t).

The compartmentalization of Canadian health care

No one stops to think that maybe, just maybe, all these things put together are part of a single condition causing havoc in your body. And because you’re limited to 1-2 issues per appointment, it’s very difficult to put 1, 2, 3, 4, 5, 6, 7, 8…. issues together to form a whole, cohesive picture.

Medicine is a guessing game… sometimes the guess is wrong. And you can’t have a second opinion.

Medicine is as much of a science as it is an art, and it’s as much a guessing game as it is the former two. Take my conditions, for example. It took decades for someone to finally stop and say, perhaps all these random symptoms are all connected; let’s have a closer look. That person was me. Well, to be fair, my son’s pediatrician was the one who suggested a chronic illness that matches my symptoms. But I was the one who had to do the research, write a formal letter, and ask for investigation of a genetic condition. For which I’m not able to see a geneticist.

Long story short: although I’m suspected to have a genetic condition, because there’s currently no test to confirm it, the genetics department doesn’t have time for me. Despite the fact that we identified that I don’t want any genetic testing.

All I want is to talk to a geneticist, a doctor who (hopefully) understands hypermobile Ehlers-Danlos Syndrome, a condition that’s in my opinion, not rare, but rarely diagnosed. Instead, I was sent to a rheumatologist who’s unfamiliar with the internationally recognized diagnostic checklist for EDS (and refused to discuss it), and instead gave me the diagnosis of hypermobility spectrum disorder, which seems to be a catch-all term for when your joints don’t stay in place and nobody knows why. Look up the differences between EDS and HSD, and all you’ll find is differences in how they’re diagnosed. You won’t find much about how the conditions themselves are different from one another.

When I requested to see the geneticist for a second opinion, the referral was “returned,” which is an euphemism for “they refuse to see me.” The reason given is that there’s no genetic test for hEDS. So they gave me two sheets about HSD/hEDS that suggests treatments for them, and I’m on my own again, to see the doctor for individual issues that arise. If only I could pay out of pocket for a specialist who would give me the time of day.

Let people pay for Canadian health care if they choose to do so.

I’m not suggesting that we get rid of universal health care. Universal health care is a beautiful and necessary thing, and people should be receive medical care regardless of ability to pay. But I am suggesting that there should be another option. Let doctors open private practices. Let specialists open private practices. We already pay for a lot of our health care anyway; it wouldn’t be much of a stretch to just allow private practices to open up. Then, the people who can and want to pay will unclog the years-long waiting lists, and the people who need the free care will hopefully get it before it’s too late.

I’d gladly pay to see a geneticist who will give me the time of day. I can’t accept that a geneticist doesn’t have 5 minutes to see a patient suspected of having a genetic condition. I didn’t look up EDS and came to my doctor; a doctor and a resident were both convinced I have the condition before I even bothered writing my letter. But because they’re not geneticists, they’re not allowed to give me the diagnosis. But a rheumatologist without a full grasp on diagnostic procedure can. Go figure.

We keep medically treating ourselves

I highly doubt that we’ll see a dual health care system in Canada any time soon. Canadians are too proud to see that their health care system is broken, and politicians will lose too many votes if they even mention anything of the sort. In the meantime, we treat ourselves with allied health care practices that already cost us money out of pocket anyway. Massage and physiotherapy are not luxuries for me; I require them to function. So off I go, week after week, to appointment after appointment, to manage symptoms of a “mystery condition” that our wonderful health care system won’t properly diagnose.

What are you thoughts? Does Canada’s health care need an overhaul?