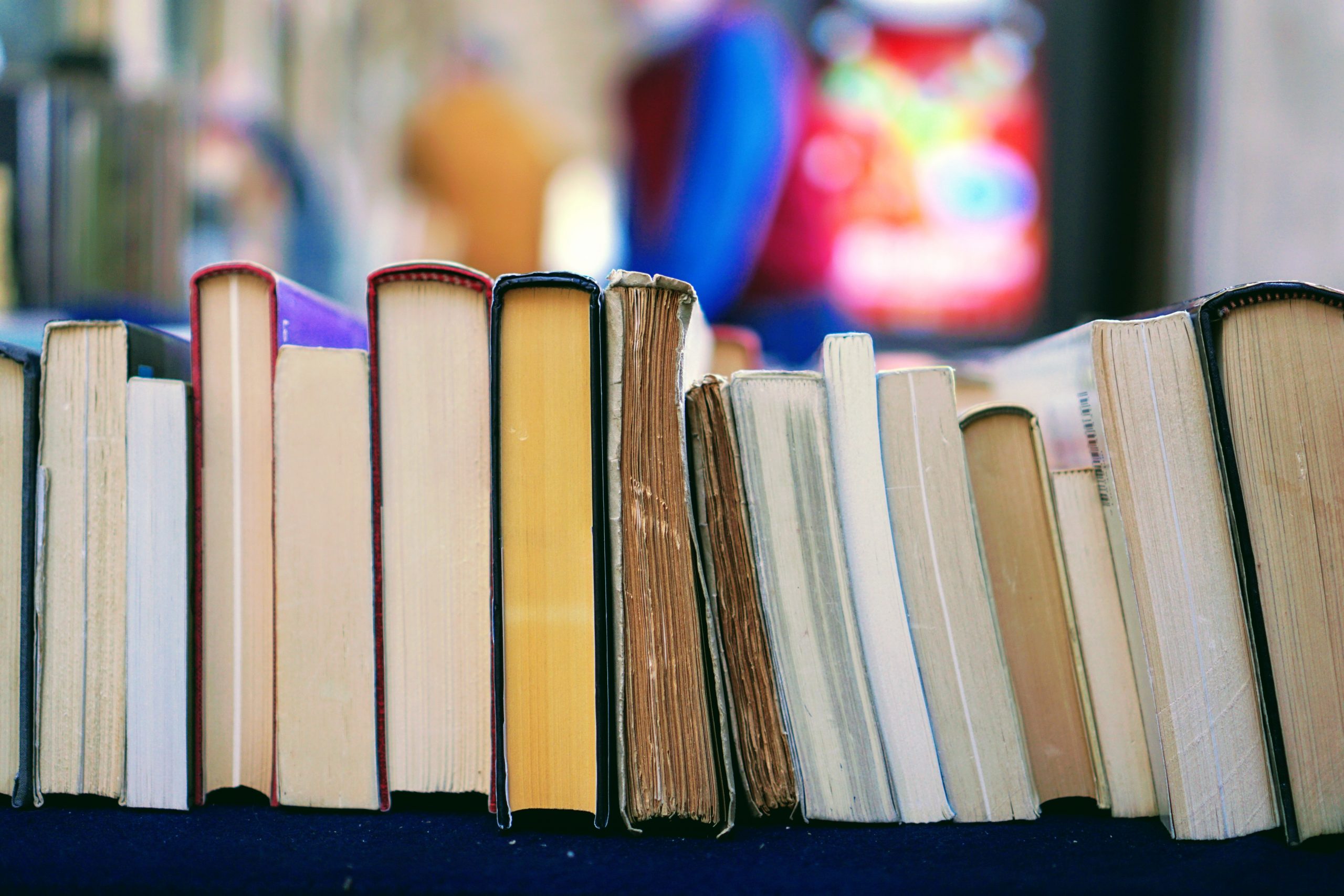 Happily Ever Crafter: Once Upon a Medieval Craft, by Annalees Lim

This is a really neat book chock-full of ideas for medieval theme crafts. The crafts are done with simple materials such as cardstock, tissue paper, scrap paper, and other things you might already have in your house. The book has neat illustrations of the step-by-step instructions for making each craft. To be 100% honest, I don’t believe we actually did any of these crafts, because K-girl is on a MyFroggyStuff kick again, so she’s been doing crafts from that channel. But this is a book I’ll probably borrow again, and we’ll do some of the crafts—maybe after reading some historical fiction or fiction set in medieval times.

The Plastic Problem: The truth about plastic pollution and what you can do about it!, by Rachel Salt

After reading this book, comments such as “there’s probably plastic in this drink” and “we’re probably eating plastic” became regular statements at the dinner table. K-girl also got very interested in using the service provided by “Loop,” a company that brings back the “milkman” style of delivering products. I have  very briefly looked into this, and have two concerns: one, it doesn’t seem that this service is available in Canada, and two, there is zero information on their website about how they’re dealing with the COVID-19 outbreak. I personally will not use a product or service that reuses packaging if they do not have a very clear sanitizing plan in place. I know they clean their stuff when it’s returned, but I still want details about their response to the pandemic, and these details are seriously lacking on their website.

While the book addresses how a total plastic ban is not possible, it misses the point on a very important issue: while praising the ban on plastic straws, the author does not mention the large negative impact this ban has caused for people with disabilities. Straws are a necessity for many who cannot use a cup without one, and alternatives to plastic straws are very often not usable for people with disabilities, especially those who must drink lying down. This video and this video explain the impact of plastic straw bans in great detail, and should be required viewing for anyone touting the benefits of the ban.

Overall, however, the book does a good job of explaining why limiting the use of plastic is a good idea, and does so in a mostly kid-friendly way. The book has some beautiful pictures of wildlife, and has some nice illustrations as well.

It’s Canada’s dirty little secret—or rather, the thing no one likes to talk about. Yes, many slaves fled to Canada in search of freedom, but also yes, Canada had slaves, and still does. And yes, Canada has a racism problem, too. As a Canadian who has also lived in the US, it seems to me that it’s much less pronounced, but it’s still there. As a non-black person, it’s not my place to say what the experience of Black people has been here, but the history books are there for you to educate yourself, and this is one of them.

This book only touches on historical enslavement of Black people. It does not touch on enslavement of indigenous people or on modern-day slavery, and does not even mention these topics, which I think makes the title misleading. It does say “Black history in Canada;” however, it also says “enslaved people in Canada.” I feel it’s important to address all of slavery’s history, and it’s especially important to emphasize that slavery still exists—many people don’t know this.

I also feel that for the audience, the books in this series are a bit complex. They are quite long and the language is sometimes challenging for younger kids. Regardless, the information presented is important to share and think about, especially during these times of unrest. Canada also has seen many protests after the death of George Floyd.

Not gonna lie: I was a little worried when my daughter wanted to take this book out of the library, because I was concerned that it would give her some ideas—and not good ideas—about how to treat her younger siblings. When she asked to take it out, I simply said “as long as you don’t start bullying, OK.” The book addresses the different types of bullying, including social exclusion, spreading rumours, and cyber bullying. It also gives suggestions on how to stop bullying and how to appreciate differences as something to be celebrated. While this is a good staring point for kids, I feel all adults who take care of kids should read The Bully, The Bullied, and The Bystander, by Barbara Coloroso, which goes into a lot more detail about what both kids and adults can do to prevent and stop bullying (including considering what the bully has been through before becoming a bully).

The Human Body in 360: Explored in 5 virtual journeys—includes CD for a virtual tour

As some readers may know, I’m a former Registered Kinesiologist and Personal Trainer, and as such, I’m fascinated by the human body, which is why I decided to check this book out of the library for the kids. Well, I must confess none of us really got into it, not for lack of interest or because the book isn’t good, but because we had so many other books already on the go. I’ll likely take this book out again and try to find a way to play the CD-Rom (the new laptop doesn’t have a CD drive)…

This is likely a book that would be nice to have at home as a reference, because there’s a whole lot of information here, and it’s not something you read from front to back in one go. The book goes through information about digestion, breathing, circulation, hearing, and “new life,” which explains how an egg implants and what a baby looks like inside the uterus. It also explains the science of egg meeting sperm, but does not discuss how the egg and sperm meet. In other words, it does not mention sex. The pictures in the book are really neat, and as I said, we’ll likely borrow this book again and/or potentially buy a copy.

If your kids (or you) are into trivia, this is a great series to look through. This book has several facts that aren’t necessarily outrageous, but are definitely interesting. For example, did you know that Mexico once had three presidents in power on the same day? Actually, it was within one hour. And did you know that even the Pentagon is concerned about the Zombie apocalypse? Well, they’re not as much concerned as they’ve devised an extensive plan of attack for large scale military operations… and made it more interesting to students by using a fictional scenario.

One of the things that bugs me about this series (and National Geographic publications in general) is that there’s no author or editor listed; the person (or likely, persons) who put this thing together don’t even get a “compiler of weird facts” credit. While I totally get ghostwriting (and even engage in some myself), I’d still like to know the person(s) who got to do all this fun research.

This is another one of those books to look at for fun rather than reading cover to cover, and I think it’d be fun to collect the series some day.

The Period Book: Everything You Don’t Want to Ask (But Need to Know), by Karen Gravelle & Jennifer Gravelle, illustrations by Debbie Palen

My oldest kid is getting close to the age where girls get their periods, so I thought it’d be good to start reading about it. This book is fairly thorough, but it’s also a bit outdated in that the only options it provides for period products are disposable pads and tampons.

I read some of this book aloud to my daughter, and we discussed other options not mentioned in the book, such as period underwear, menstrual cups, and reusable cloth pads. One of the very strange things in this book is a short discussion about how girls might worry that wearing a tampon will make them lose their virginity. In my opinion, many girls who are starting to learn about periods just don’t have the whole virginity thing on their radar. Also virginity is a very strange, sexist concept in the first place.

This book does mention how babies are made, using plain language and addressing intercourse only (no IVF). It also encourages girls to familiarize themselves with their visible reproductive organs, stating that no one thinks it’s weird if men look at heir penises, so it’s perfectly fine for girls to look at their vaginas as well.

Overall it’s a very informative book, but some parents may take issue with the illustrations and plain language, especially when it comes to sex. Personally, I feel that a discussion about periods can’t really happen without a discussion about what sex is; however, this book’s approach to the topic seemed a bit disconnected from the rest of the information in the way that it was presented. My daughter was utterly disgusted to find out how a woman gets pregnant. On the bright side, I didn’t have to figure out how to have the awkward conversation, because the book just “blurted it out.”

These were the children’s nonfiction books we read during quarantine. What have you been reading during this time of social isolation? Please let me know in the comments.