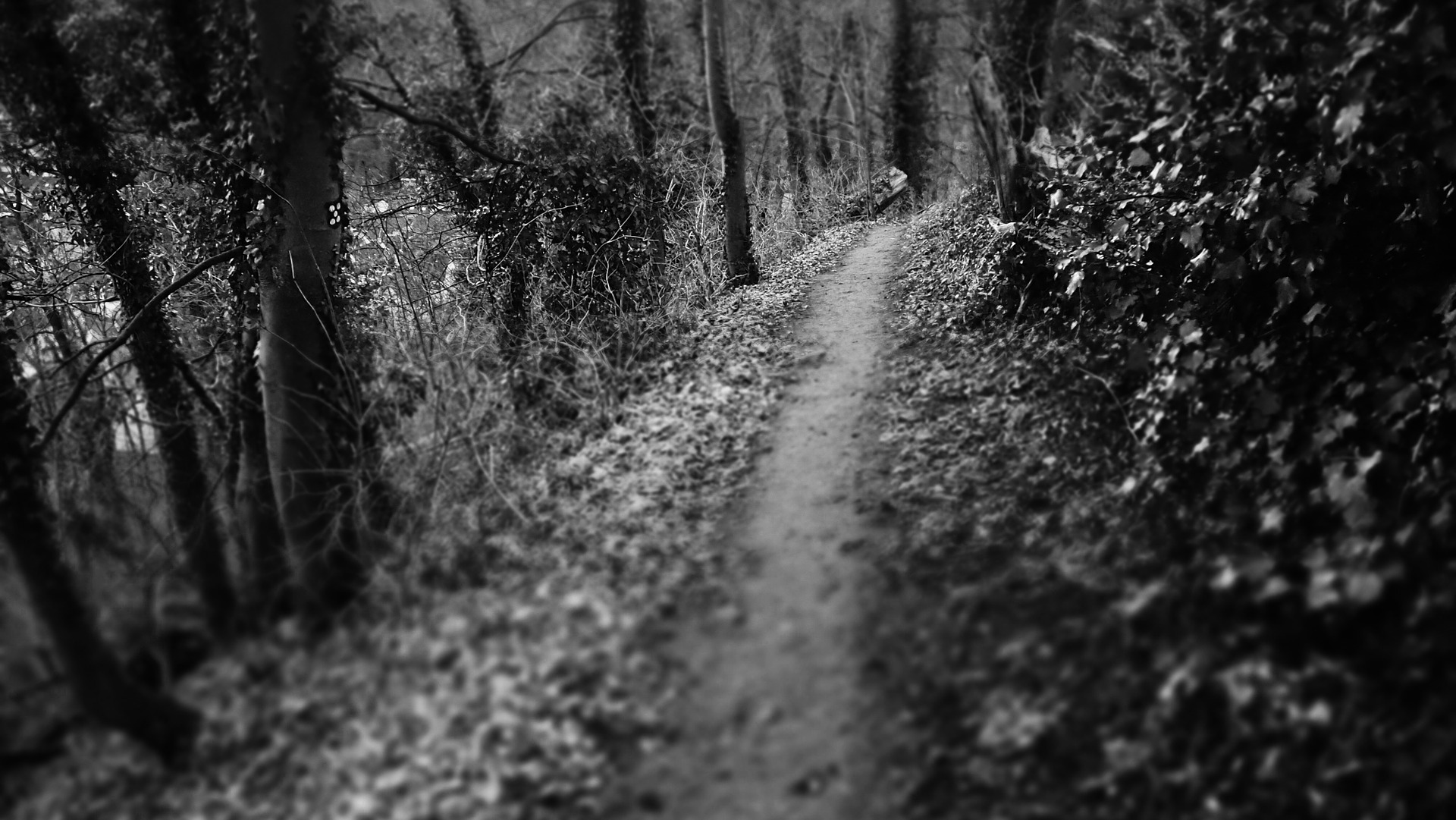 After our disappointing experience in New Jersey, I’m weary when Dan shows me a picture of a nice campground in Florida. It looks nice on the screen, but I have an inkling it won’t be as nice in person. Dan seems really excited about the place, so I don’t say anything.

The website picture doesn’t match reality, and it’s not just because we’re coming here at a slow time of year. The happy people playing in the springs isn’t all that’s missing from this campground—maintenance is seriously lacking, too. And I’m not sure why, but this place gives me an eerie feeling.

Safety doesn’t seem to be a top priority here. The very large pool has a giant slide and a smaller slide that seems catered to young children, but a large sign proclaims “Advanced Swimmers Only” right next to it. There is a barely-readable sign that states “pool closed for winter season,” next to yellow caution tape that has been torn down by the weather and not been replaced. There is no gate around this large pool, which looks more like a lagoon surrounded by a cement barrier, about 3 inches tall.

To the right of the pool stands the spring, which is apparently popular with divers. The spring is surrounded by a cement barrier that makes it look more like a pool. Heavy rain has poured here in the last few days, overflowing the spring and covering over the ladders into the natural pool. There is a swing that people can grab on to and jump into the spring from. Looking at it, it just doesn’t look safe—and I’m an 80s child who thinks we sometimes go overboard with safety these days, so you can guess what the swing looks like.

Behind these bodies of water is a swamp, with a large sign that reads “swamp crossing” in front of it. But don’t attempt to go for a walk: the advertised beautiful hike through the swamp will end with you inside the swamp, as the boardwalk is broken, and there are no signs warning about the damage.

It seems like this place is never inspected, and something about it just doesn’t seem right.

To give credit where credit is due, the staff is very nice, and even offer to give us a bunch of free food. When the hurricane came through Texas, FEMA dropped off a bunch of MREs, and the campground was overstocked and wanting to give some away. We gladly accepted a few boxes—an emergency food supply is always a good idea.

But the eerie feeling the place gives me just wouldn’t go away. So I did some digging around, and found out that a couple of people have drowned here, and a diver went into the spring, never to emerge again. He was never found. The previous owner of the place had apparently dealt very roughly with someone who owed him money, and some time after his violent outburst, died under mysterious circumstances. This is not hearsay; all of these things are verifiable in the news. I’m kind of happy to be leaving the place when the time comes.

And maybe, just maybe… there’s a novel waiting to be written, with an eerie campground as its setting.

Perhaps when I have a little more time to do more unpaid writing… just maybe… I’ll try my hand at fiction.

P.S., I specifically didn’t name the campground at which we stayed, as I prefer to share my positive thoughts about places. But it shouldn’t take too much Googling to find out where in Florida this place is. My advice… the people there are nice, but the place needs a giant overhaul before I would consider recommending it. And if you’re at all easy to spook… probably not the best place to stay.

6 thoughts on “Midnight in the Springs of Diving Missions”