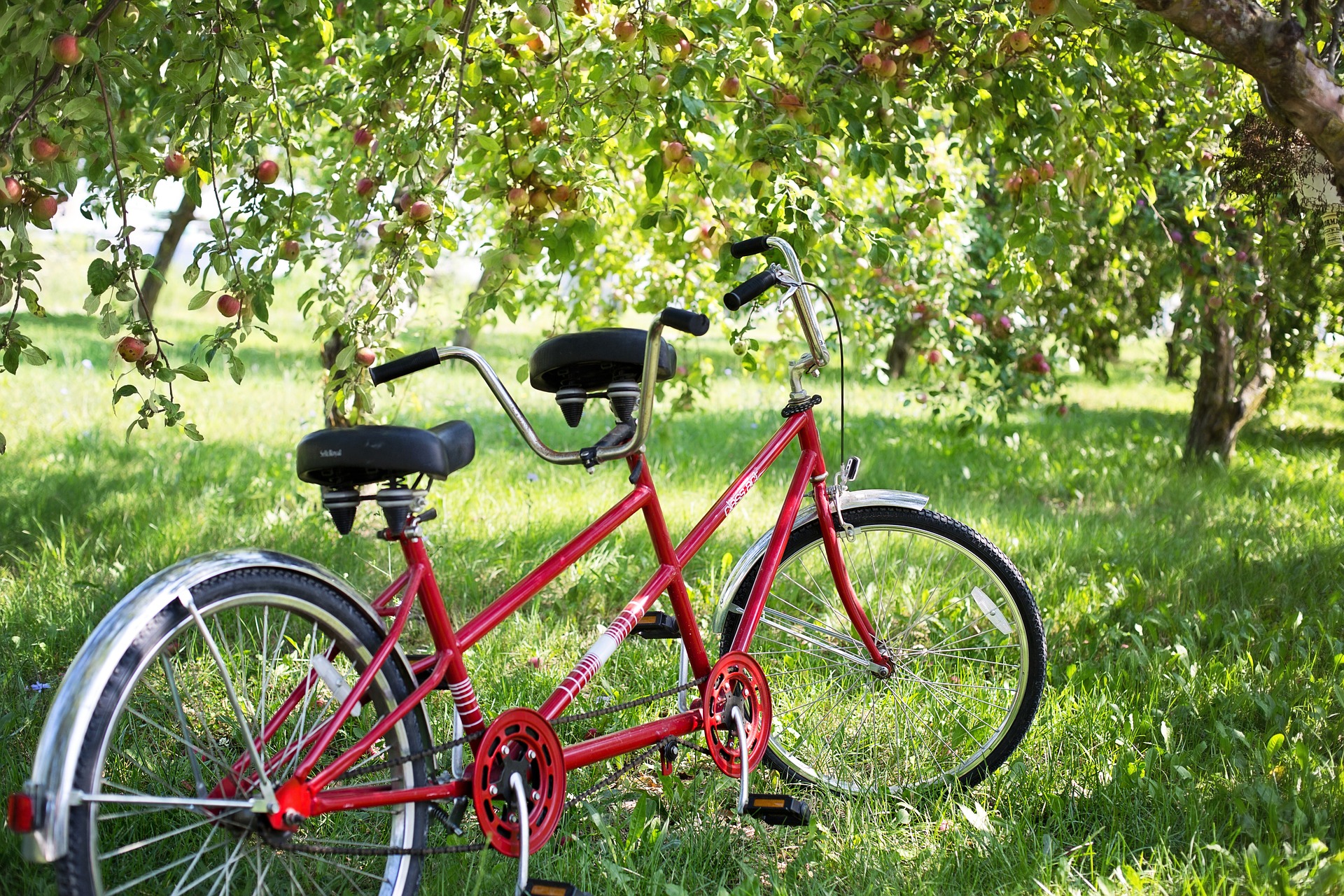 Travelling is out of the question for me for a long while yet, but a girl can dream. I’ve been missing cycle touring. I’m not sure how much more of that I can do, but I’d still like to try. We learned quite a number of lessons when we went on our family cycle tour in 2016. One of them is that the setup we had for our bikes wasn’t the best for our situation. If we take the road on by bike again, I’d like to try something different. Do you also dream of family cycle touring? If so, check out the ideas below for some awesome touring bike setups that are designed with families in mind.

This company makes the tandem bike we currently have, which is the bike we took on tour in 2016. I don’t really have any complaints about this bike. It’s great for two riders, and the seats adjust enough that both kids or adults could ride. We were able to attach our bike trailer to this tandem, and that’s how we carried our gear. While most cycle tourists carry their gear directly on their bikes, we personally preferred having the trailer, even though it added significant weight. It was a lot easier to just open the trailer and get what we needed, rather than packing and unpacking the bikes every day. Bike Friday is an American company, but since our tour, two Canadian distributors have popped up, one in British Columbia and one in Quebec. It is an expensive bike (as are most touring bikes) but it’s well worth the money.

The Madsen Cargo is a cool bike with a bucket in the back where the kiddos can ride in style. My kiddos are now 10, 8, and 6, so we’re past this phase, but if you’ve got toddlers or kids just a wee bit older (I’d say max up to age 6), this may be a good choice. Again, it’ll put a dent in your bank account, but looks worth it.

The Wike Cargo is a tricycle that I’ve been dreaming of for a long time. It can carry up to 4 kiddos, there are seatbelts for them, and the seats look super comfy. The “driver” rides behind the cargo “bucket,” and the front wheel is in front of the box. Again, this trike will put a big dent in your bank account, so start saving up if you want one.

Options that won’t break the bank

If spending over $2,000 on a bike doesn’t seem reosanable right now, there are definitely other options that work. You can use an attachment on  your own bike for the kiddo to ride, you can carry younger ones in a bike trailer, or, if your kids are older, you can just let them ride their own bikes! Check out safety information if you decide to go this route, and use common sense: if your child isn’t a great listener, riding their own bike on a tour may not be a good idea.