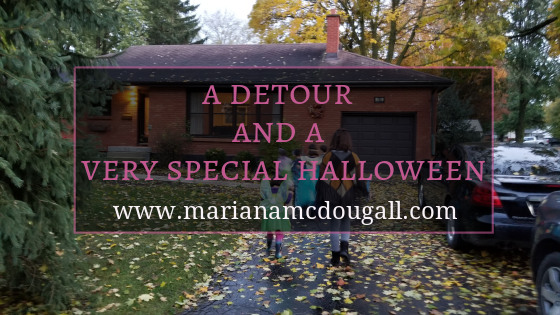 As we drive away from the Six Flags Great Adventure Parking Lot, the high-pitched beeping starts.

The propane alarm is going off. Perhaps it’s nothing: we were surrounded by four large buses which were all running their engines, and we were running ours as well. But I don’t want to find out eight hours from now that we made a bad call, so we decide to stay the night at a hotel. We find the closest one and stay there for the night.

The next day, we call around to a couple of area mechanics, but none make a good impression. Dan had had an idea rolling around in his head for a while: since New Jersey is only about 700 kilometers from Kingston, why not go see the family one more time before we head out on the rest of our year-long tour? And since I trust my Kingston mechanic completely (Jeremy is awesome, go meet him), we figured we’d ask his advice about an RV mechanic that could check the propane tank in the RV.

So we drive to Dan’s parents house, and I dare say his mom is overjoyed at seeing the kids again (after thinking we’d be gone for a year).

We spent a few days in Kingston and got the all clear for the propane (the monitor just picked up other things in the air and went off). The mechanic that was recommended to us was 1st Choice Mobile RV Services, and he was very good. Give Terry a call if you need an inspection.

The kids took the opportunity to jump in some leaves and do some early trick or treating at Nana and Papa’s house, and I went to the library to get some work done. It was nice seeing some of our librarians again (we’re on a first name basis at the Isabel Turner branch).

Before we left Kingston, we also got the chance to visit with Aunt Pat, a long-time family friend of the McDougalls. She’s a lovely lady who’s a great conversationalist and knowleadgeable movie buff, and we always enjoy her company.

While we were in Kingston, Dan took the opportunity to go through the RV outside compartments again and pare down a lot of the items we had been carrying unnecessarily. In the process, he found something pretty intriguing: a 1981 military food packet. Note to self: a chocolate bar will not last 37 years.

Dan was able to go for an evening outing with his Kingston friends, Mike & Ian. These guys have known each other since elementary school, and it’s nice that they’re still able to get together and have a good time.

After a nice visit in Kingston, we travelled to Oshawa to hang out with Dan’s siblings and his sister’s family.

The cousins were super excited to see each other and had a great time playing together. We shared nice meals and talked about good apps to help G-boy with his reading and number recognition skills.

After our short visit in Oshawa, it was time to go see my family in London.

On our first day in London,we visited with my cousins and their adorable children. Bruna and I had a rare “outing” together when we went to pick up some dinner and left the boys with the kids for about 40 minutes. The supermarket and take out aren’t exactly luxury outings, but the Mamas enjoyed the small break.

We shared delicious meals together, I read stories to a cute toddler and I held a baby, and we said hi to the other boys, who were too busy playing to pose for a photo.

After visiting with Davi & Bruna, we went to Vo Bia’s house. My mom loves Halloween, so she had her table all decked out for our dinner. She had fun with the kids dressing up and playing, and K-girl, as usual, spent lots of time with the gibis.

After a great visit at Vó Bia’s house, we headed to Vovô & Vovó’s “new” house in St. Thomas. We ate an awesome Brazilian meal with the traditional side dishes of rice, beans, and farofa (of course!) and for dessert, we had the corn cake Vovó is famous for.

We spent some time at a nice nearby park, watched a movie, and the kids got to do some early trick or treating.

We ended our visit to London with a stop at my brother’s house, and it was nice to see him and his family again. I got into the fun and dressed up as a boxer to take the kids trick or treating.

And as I walked behind our kids while they filled their pillow cases with candy, I remembered my first (and only) trick or treating. I’ll write about that another time, but for now, just remember to be kind to any teenager who comes to your door on Halloween. For all you know, it could be their very first trick-or-treating, and like me, they’ll remember it for a lifetime.

We decided to also see our friends in Fonthill, near Niagara Falls, before getting back on the road to the South. Paul and Dan have known each other since elementary school and are good friends. Paul and his wife have 5 children, so our kids were happy to see their friends again. Everyone enjoyed holding the baby, too.

By coincidence, Mike & Ian had planned on coming to Fonthill to go to a game with Paul, so Dan got not only one, but two guys’ nights out with his friends during our short Ontario detour. He was pretty ecstatic.

We all enjoyed visiting with friends, and when our detour was over, we got back on the road to the US. More on that in the next post.