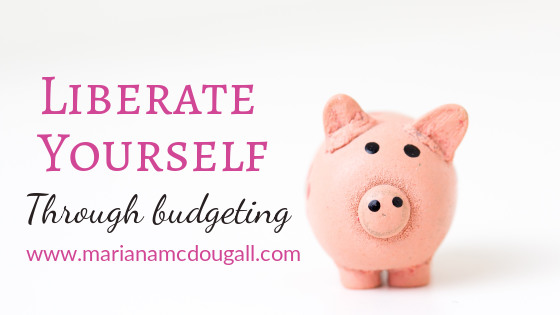 Well, it’s never too late to start. No matter how broke you are, a budget can help you. As a matter of fact, the more broke you are, the more important having a budget becomes. Budgeting isn’t as daunting as it sounds. When you view it as you taking full control of your money and telling it where to go, it becomes empowering rather than intimidating.

The tool you use to budget isn’t as important as the budget itself, but having an awesome tool that’s easy to use makes it second nature. You could sit down and spend time making Excel spreadsheets to help you with your budget, but seriously, ain’t nobody got time for that. And it’s 2017, dudes and dudettes. That means apps are where it’s at. OK, I’ll stop with the cheesy rhyming now. Maybe.

I started using this great app called YNAB (short for You Need a Budget, and no, this is NOT an affiliate link). I don’t even remember when. All I know is that at any given time, I know exactly how much money I’ve got in each of my bank accounts, how much I have in cash, and I also know if I have money in the budget to do whatever it is that people ask me to do – or buy whatever it is I need to buy.

Long story short, even if you have very little money, creating a budget that works for you will help you be in control of your money. It’s both liberating and comforting to be able to say, “It’s not in the budget” or “let me check my budget and get back to you.” It’s you saying, “World, I know where my money is and I decide what to do with it.” Using an app to budget makes things simple, easy, and automated. I’ve discovered over the years that my time is even more valuable than my money. So if I can spend a little money to save a lot of time, I’ll almost always jump on board – if it’s in my budget, of course. I highly recommend giving YNAB a try. You can try it free for 34 days. If you like it (and you more than likely will) it’s $50/year to keep using it. I can tell you right now – worth every single penny.

What I love about app is that it connects to my bank accounts, I can easily download transactions, and I can log expenses on the go (can’t really do that with a spreadsheet). Every time money comes our way, we assign a job to each dollar. Adding a “Stuff I forgot to budget for” was a genius idea by my better half. That means when a super cool event springs up on us because we got busy with our three kiddos and forgot to plan ahead, we still have some money we can use to attend said events. A lot of people just use a “spending money” category for this kind of stuff, but we like to categorize our stuff a bit further (a bit of military-clerk”ness” that stayed with me from my 7-year stint in the Navy).

If you really want to spend the time making spreadsheets or handwriting a budget, that’s cool with me. But if you want to save time and use something pretty awesome that was created just for this purpose to make your life easier, I highly recommend giving YNAB a try. And I’m not just writing this because I’d really love to be their next content marketer (I did apply!). I’m writing it because I really believe in this software and because it literally changed my life. I’ve never felt this in control of my money and I’ve never felt more confident in giving a straight answer when I don’t want to spend my hard earned dollars to please “someone I don’t like, with money I don’t have, to buy things I don’t need.”

Just a note: YNAB doesn’t currently have an affiliate program, so ya’ll know I’m writing this from the heart. Not making any money off this post. Although if YNAB eventually reopens a referral program, I’ll be the first to jump on board.

How do you budget?

3 thoughts on “I stopped saying “I can’t afford it.” It’s liberating.”